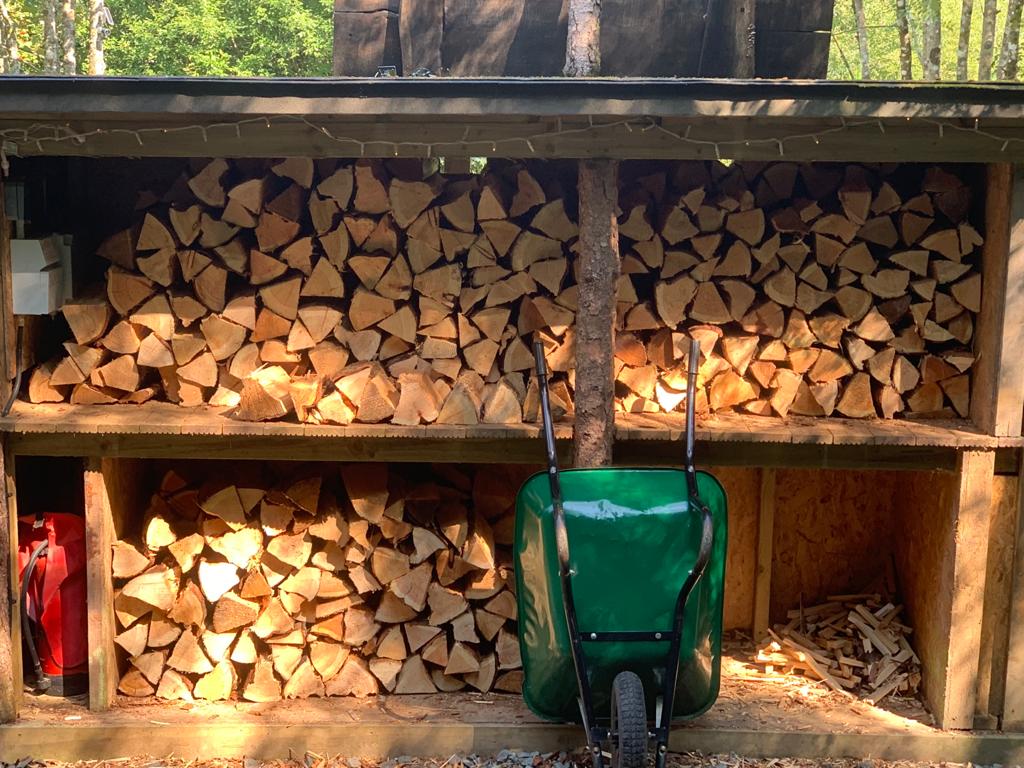 Yesterday, Dad unloaded the wood delivery, and took a photo of the newly-packed wood store. Jamie replied: “Very satisfying looking”. I agree, but why is it satisfying?

The pattern is visually pleasing, but I have a theory it goes a little deeper than aesthetics. It goes back to the stone age… (my girlfriend just rolled her eyes).

It’s difficult to determine exactly when humans managed to master fire. Homo erectus may have got hold of it over 1 million years ago. It’s not unreasonable to think we’ve been using fire as a tool ever since.

Fire is one of the most destructive elements known to humankind, but also one of the most useful. We use it to cook our food (only species to do so), ward off insects, harden tools, keep warm, scare away predators, clear areas to farm and even seal wounds.

Before we had social media and Netflix, we looked to each other for wisdom and entertainment. Once the sun went down, we had a few hours to kill, so humans would tell compelling stories, play games, create music and dance. The fire was the centre point of existence for the tribe.

Today, life is a little different, but our brains are still the same. I think this is why so many of our guests love the fire in the cabins. We have a kind of genetic memory of tougher times when fire meant safety and warmth and food.

Times have changed, but we humans haven’t.