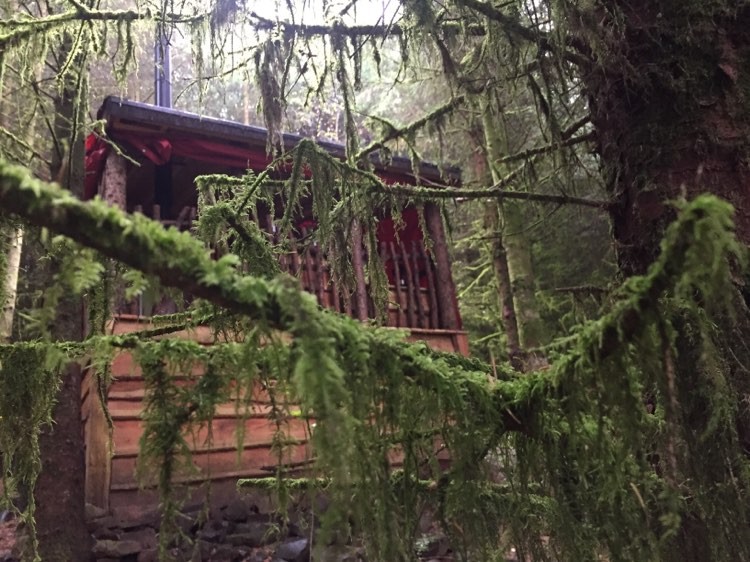 It’s raining today. Nothing new there. However, I was surprised to learn this morning from a twitter thread by George Monbiot that we live in a rainforest.

I’d always thought of rainforests as places like the Amazon, or the Congolese basin – hot, humid and full of colourful animals. But apparently I was wrong. According to George, “A good definition of rainforest is forest wet enough to support epiphytes – plants that grow on other plants.”  Take a quick walk through Dreamcatcher Cabins, and you’ll see that the trees are covered in moss, and sometimes the couches are too!

What I was missing, as my girlfriend Eli (degree in Zoology) pointed out was that we live in a temperate rainforest, not a tropical rainforest. So we get all of the rain, but just far less of the sunshine. Lucky us…

Unfortunately, British rainforests are almost totally eradicated, with small pockets only existing in areas where we can’t keep farm animals.

The woods around the cabins aren’t the best example of temperate rainforest. The cabins are in a sitka spruce forest, which are a type of non-native pine tree. Because the trees are so dense, they create a sort of desert, with very few other plants able to establish themselves.

We are working to improve this, however. Dad worked extremely hard over lockdown, planting hundreds of native species around the site, hoping to create a more natural environment for the wildlife to flourish in. Just last night, one of our guests reported seeing the resident pine marten, which is one of the rarest mammals in the UK. As you may know, we also have a very well established family of red squirrels, so we’re doing something right.

But there’s still lots of work to do. Reading those tweets this morning reminded me of just how much damage we’ve done to the natural world, especially in the UK. It will take a long time to rebuild, but as an old Greek saying goes: “A society grows great when old men plant trees in whose shade they know they shall never sit.”

Let’s all plant some trees.