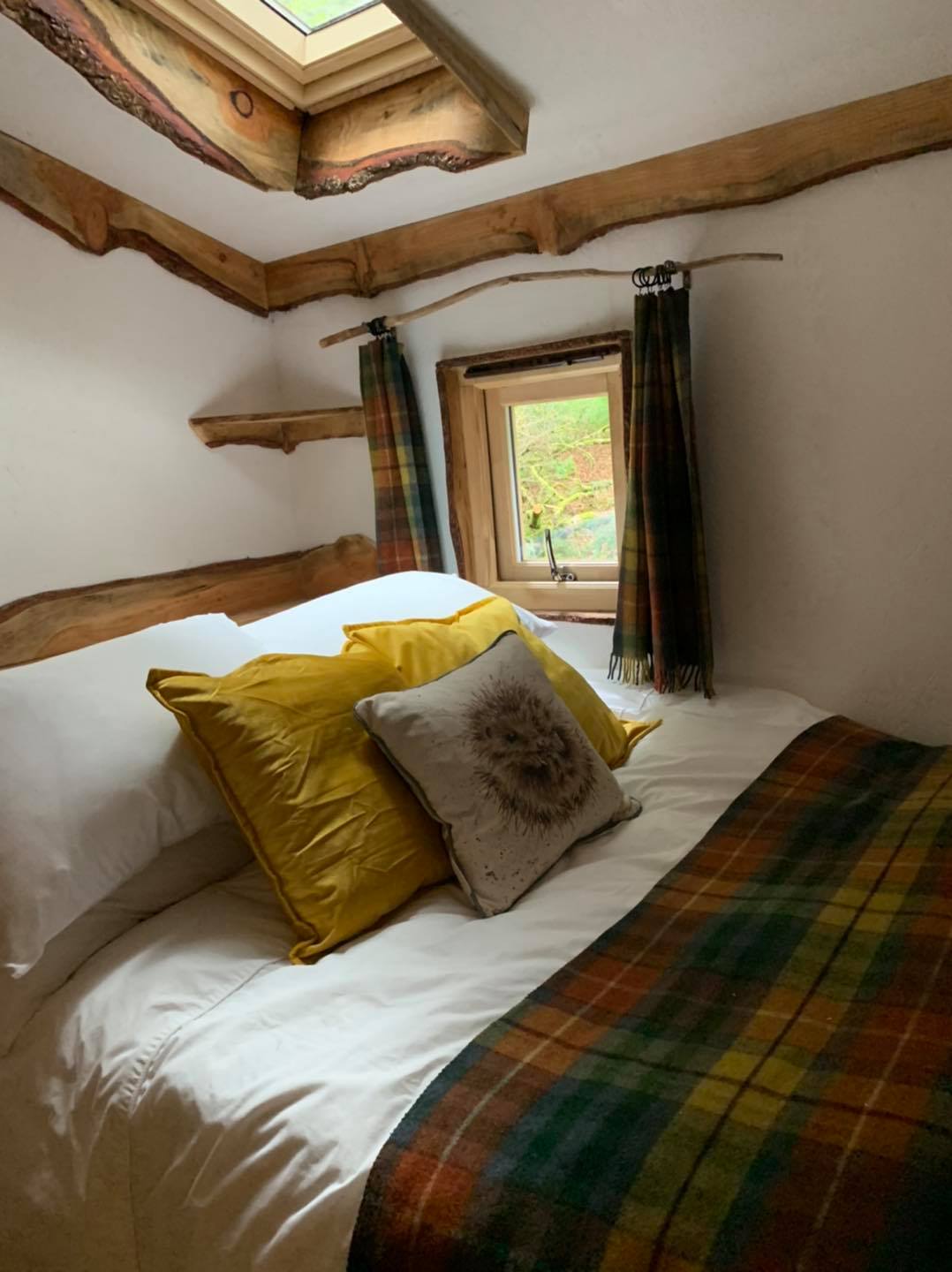 As I loaded the washing into the oven this morning, I knew it was time for this project to be finished.

Meanwhile, back at the cabin, Ross and Brian were frantically trying to finish the blinds. There was much frantic drilling and adjusting which resulted in new piles of sawdust. Back out with the hoover and cleaning products.

Ross popped back down to the house to collect something just in time to witness a cyclist coming off his bike and hitting his face off our wall. The poor man was not in good shape with several injuries and an ambulance had to be called. Thankfully, Ross is an experienced first aider and was calm and capable. Blood is not my favourite thing. When the boys were little and they bled I would be sitting with my head between my knees – it’s really not very helpful in an emergency so I left him to it!

Meanwhile, it was 1 pm and Brian, not realising there had been an accident, was sending frantic messages, regarding the blinds, the sofa, the bedding and all the other things we had not finished! Ryan the gas engineer was climbing out from under the cabin after doing final checks on the heating.

At about 3 mins to 3 pm we completed the cabin. Our guests were due at 3 pm. Another deadline met – just! It’s done, it beautiful, it’s ready to be enjoyed. As for us – cold compresses and a darkened room please. Wake me up in about a fortnight! X