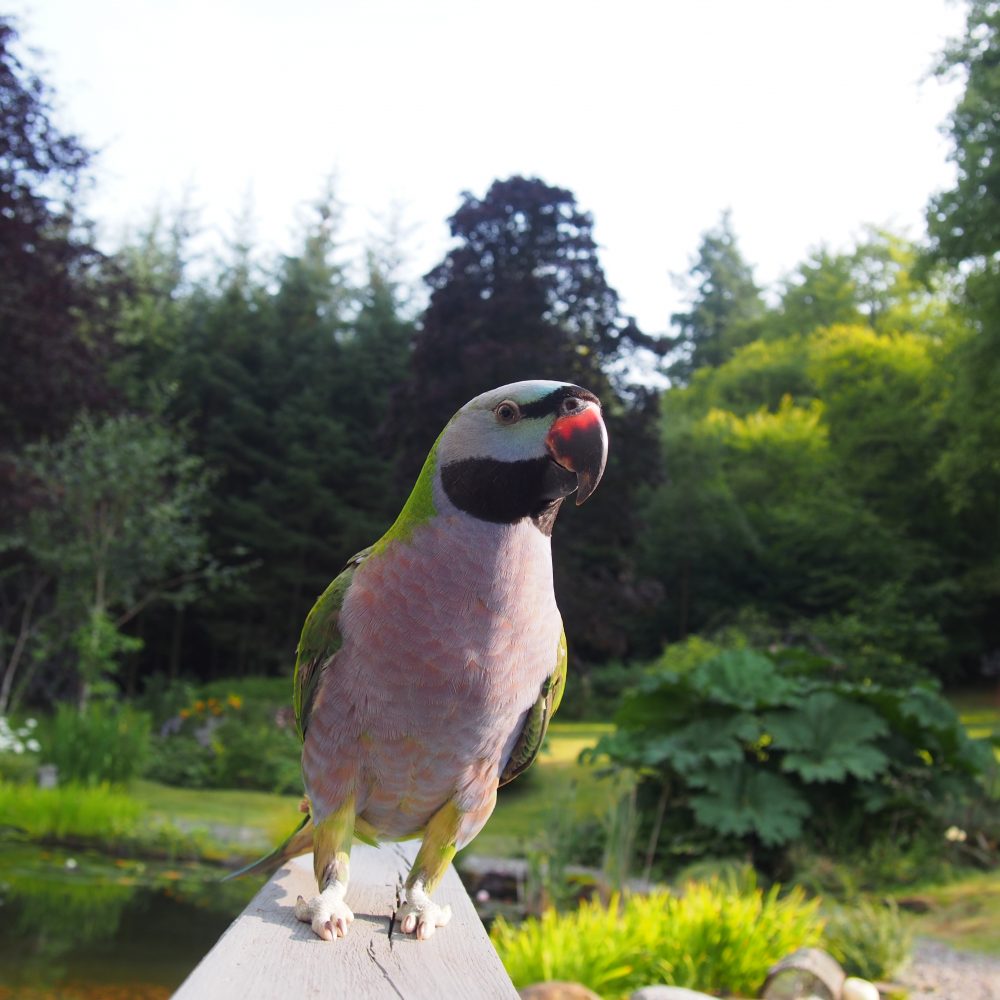 We have a parrot called Derby, who lives most of his life outdoors. He sleeps in the house, but in the morning we let him out and he spends his days flying around the garden. He’ll come down from time to-time-time for food and a bit of chat. Recently, he stripped the neighbours apple tree bare, but on the whole he keeps himself out of trouble.

Yesterday, we heard a low rumble coming from above the treeline, when two massive RAF Hercules transport planes flew so low over the garden we could just about touch them.

Unfortunately, Derby isn’t familiar with the RAF, and was spooked by the thunderous noise the two planes created. Before we knew it, he was a tiny dot in the sky, frantically flapping his wings and flying up into the stratosphere.

For a few moments, we thought we might have lost our beloved little bird. He was so far into the sky we lost sight of him. Had he been lost, we would have been on the phone to the RAF right away, demanding they fly back over and have a look for a small green Parakeet.

Thankfully, however, we didn’t lose him. He managed to compose himself, and made his way back down to Earth. He was very stressed when he returned, but some seeds and a drink of water were enough to calm him down.

According  to Christine, there’s a multi-national training operation going on over Scotland at the moment, which might have been what Derby was caught up in. Anyway, he’s home safe, and back doing his favourite thing – ripping buttons off Dad’s shirts.

Mum promised a deluge of photos of the new van today, but unfortunately it’s still not ready. The alternator was blown when the battery was connected, so we’ll have to wait until early next week. We’ll get this van eventually.