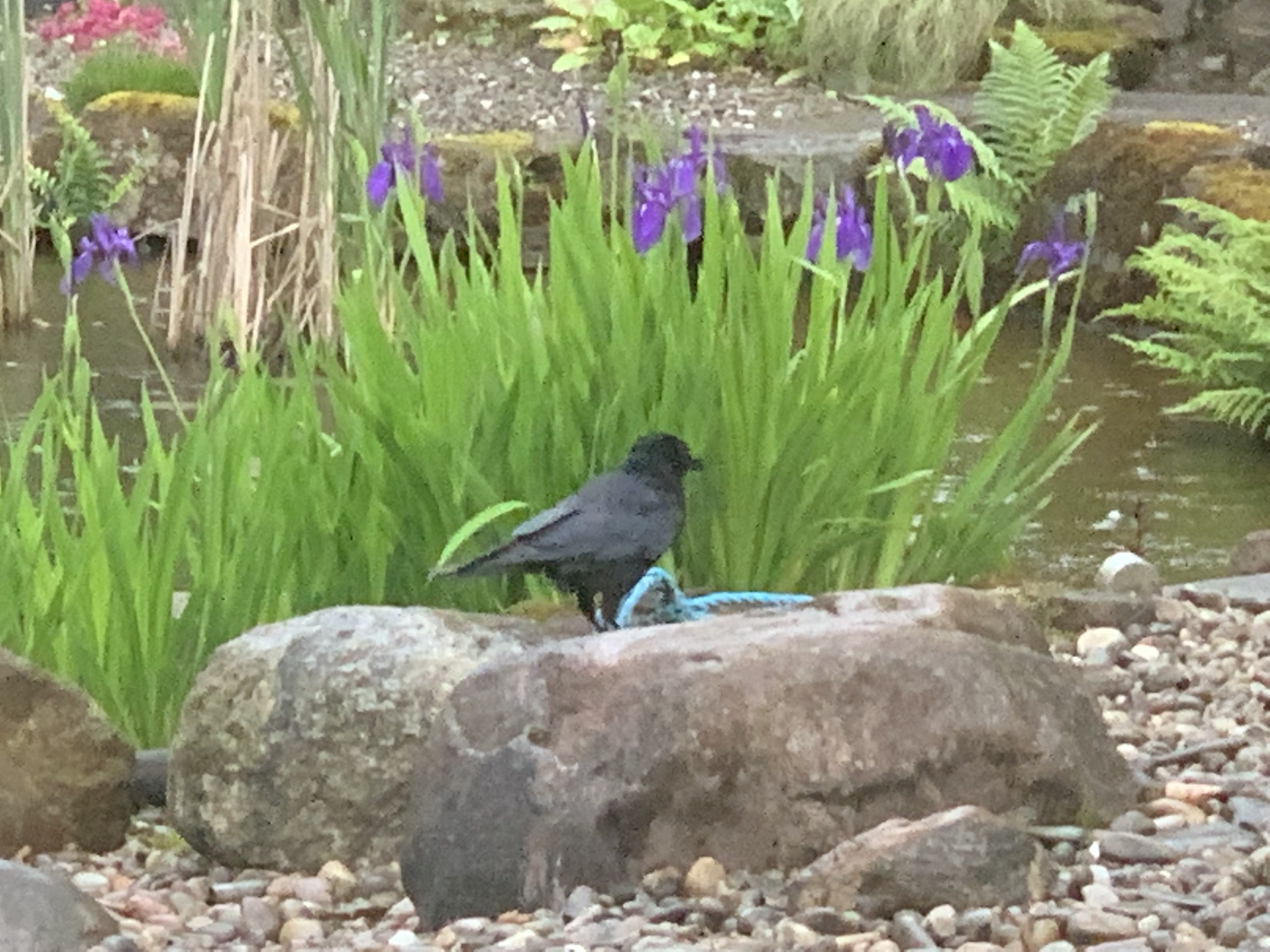 Crows get a really bad press in the countryside and I do understand the farmer’s angst when there are lambs and ill animals around.

However, I am in admiration of their intelligence. We have a crow – picture below who comes to the garden. He is called Jack. We have been trying to make friends with him (unsuccessfully) for weeks now. He is too smart for our friend making techniques and snubs us every time.

We throw bread to him most days (while shouting his name) and to the fish in the pond (natural wildlife pond). We watched him a couple of weeks ago gather the bread off the surface by swooping down and grabbing it. He then piled it at the edge of the pond until he was ready. He took the bread and dropped a bit in the pond, waited for the fish and tried to catch them with no success. He then decided that it was too difficult and flew off, presumably to his nest, with the bread.

Today however his perseverance has paid off. He went fishing with his bread and was successful this time and caught a fish. Totally amazing that he worked out that the fish ate the bread and he could use it to catch them – some humans would struggle to work that out!

Jack remains indifferent to our friendship however. We will keep trying!