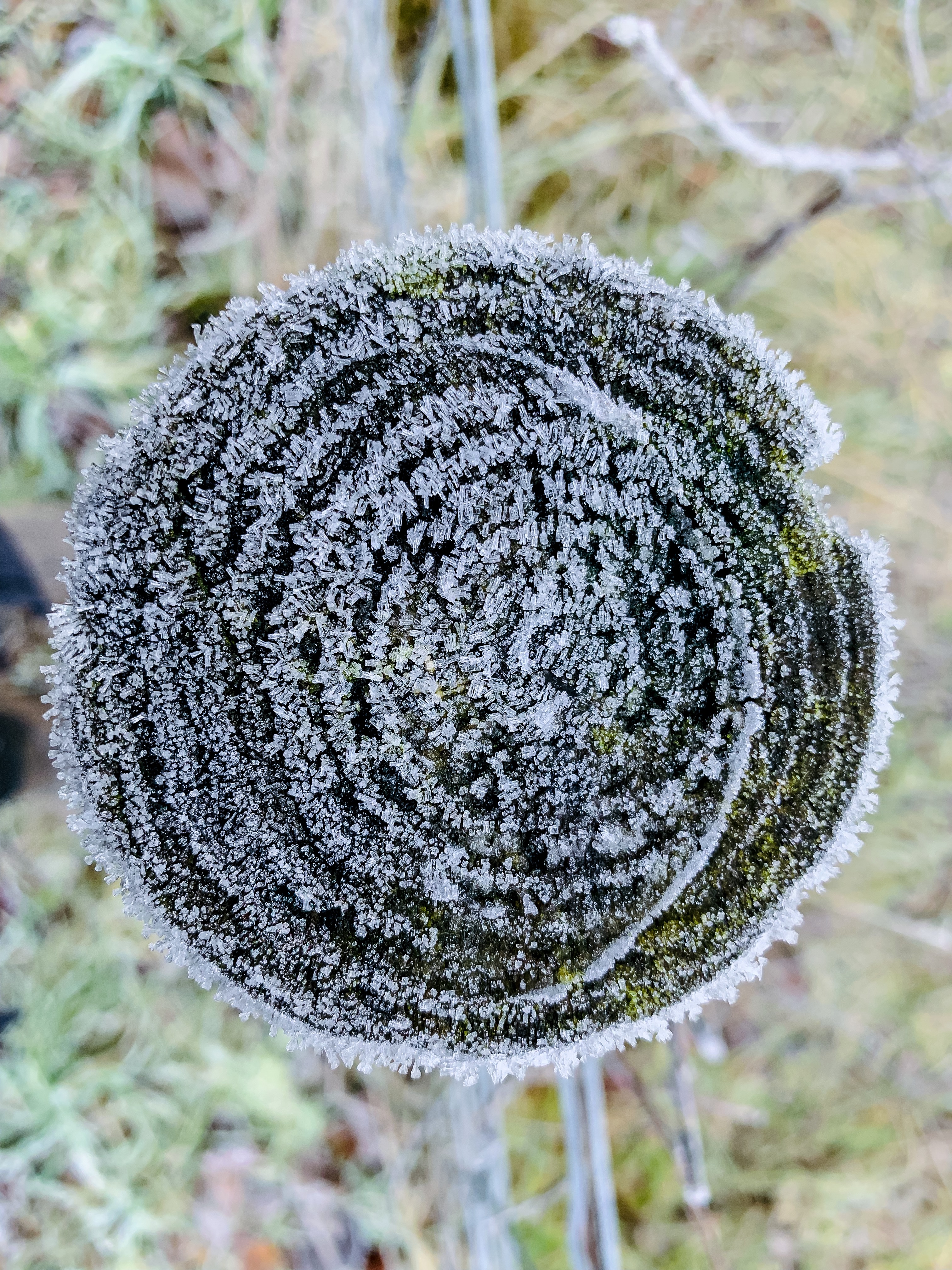 Nature never fails to amaze me. The site is looking beautiful covered in frost. Ross and Ryan have been doing a bit of work on the paths in the forest. There was much Red Squirrel activity today. Ross filled up all the feeders and the squirrels did their best to empty them again! We are seeing chasing behaviour round the trunks of the trees but it is a bit early for mating behaviour.

The Red Squirrel breeding season starts with mating chases in January, and a first litter of three to four babies, which are called kittens, is born in March. If a female squirrel gains sufficient food over the summer months (which she does in our forest as Brian can be seen on a daily basis filling the feeders!), she will have a second litter in July/August.

We know that our squirrels had a first litter as she brought the babies to the garden and with the number of squirrels we now have we are sure there was a second litter too, although we did not have confirmed sightings of babies! Most visitors who come to Dreamcatchers now see a Red Squirrel. They are not tame but they are not particularly shy either! I have been stared out a few times!