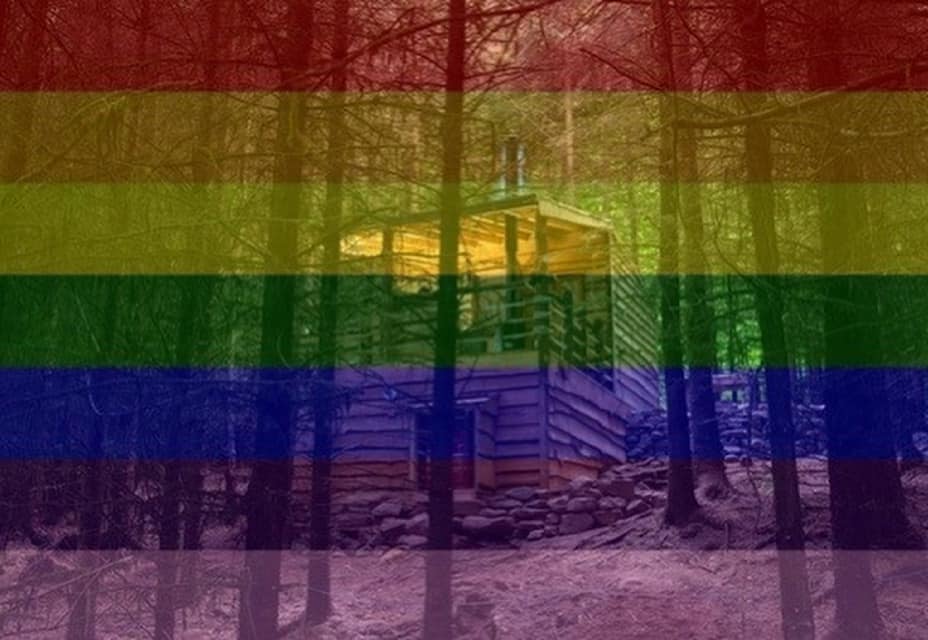 It was illeagal to be a gay man in Scotland until 1980.

Gay and bisexual people were not allowed to join the armed forces until the year 2000.

And same-sex marriage was only legalised in 2013 and ‘14 across the UK (except for Northern Ireland, which got there in 2020).

June is Pride month. Across the world, LGBTQI+ people are celebrating their identity. The rainbow flag is a symbol of diversity and inclusivity – of accepting who you are.

On more than one occasion, I’ve had emails from same-sex couples, asking if they were welcome at the cabins, as they’d been made to feel unwelcome elsewhere.

I just want to make it crystal clear – EVERYONE – every sexual preference, gender, religion, and race is welcome at Dreamcatcher Cabins.

We should all take pride in who we are and who we love. We should celebrate our differences. And nobody should be made to feel ashamed about any part of their identity, especially their sexuality and gender.

Society still has a lot of work to do when it comes to LGBTQI+ rights and acceptance. But Pride month gives us all the chance to see, hear, and recognise a group of people who have been oppressed and marginalised for a very long time.