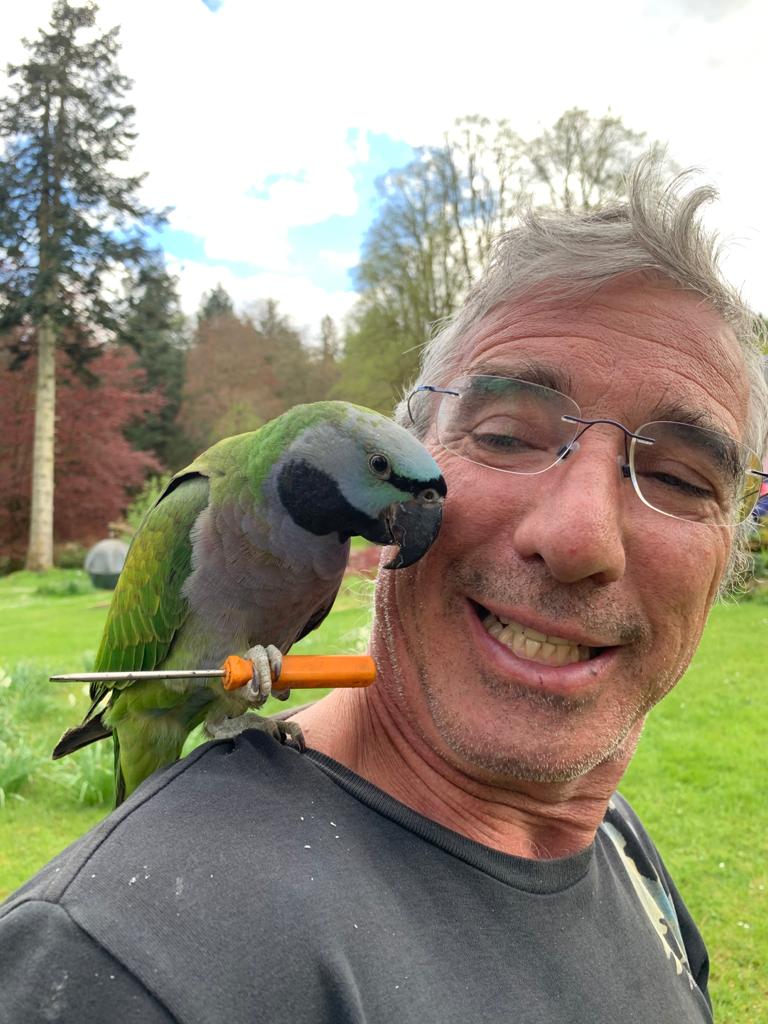 As you may have heard, we have a parrot who is now free-roaming in the garden. He’s now spending his time between a few of his favourite trees, the neighbour’s gardens, and the decking when he’s feeling sociable. It’s been successful so far, and his flying skills have seen a marked improvement.

However, yesterday we hit a snag.

While making my way from my cabin to the house, a strumash in the big lime tree caught my eye. I could see crow wings flapping and hear squawks coming from high in the branches. Then out swooped Derby, crow in hot pursuit. I shouted and the crow veered off, with Derby escaping to the purple beech. Crisis averted, for now.

Since then, the crows have been harassing Derby at every chance they get. It seems as if he has new nemeses in the garden, ones not willing to share Bridgend airspace.

Unfortunately for the crows, Derby has some powerful allies in the area. If they’re not willing to play nicely, we may just have to drive them out the garden.

Since the initial altercation, we’ve been on the offensive, shouting and clapping at them, making our presence felt.

Part of me wonders whether we’re slowly losing our collective sanity, having declared war on the garden birds. But “you pick your battles”, and we’ve picked a fight with the crows. It’s not a battle we intend to lose.
More updates to follow…