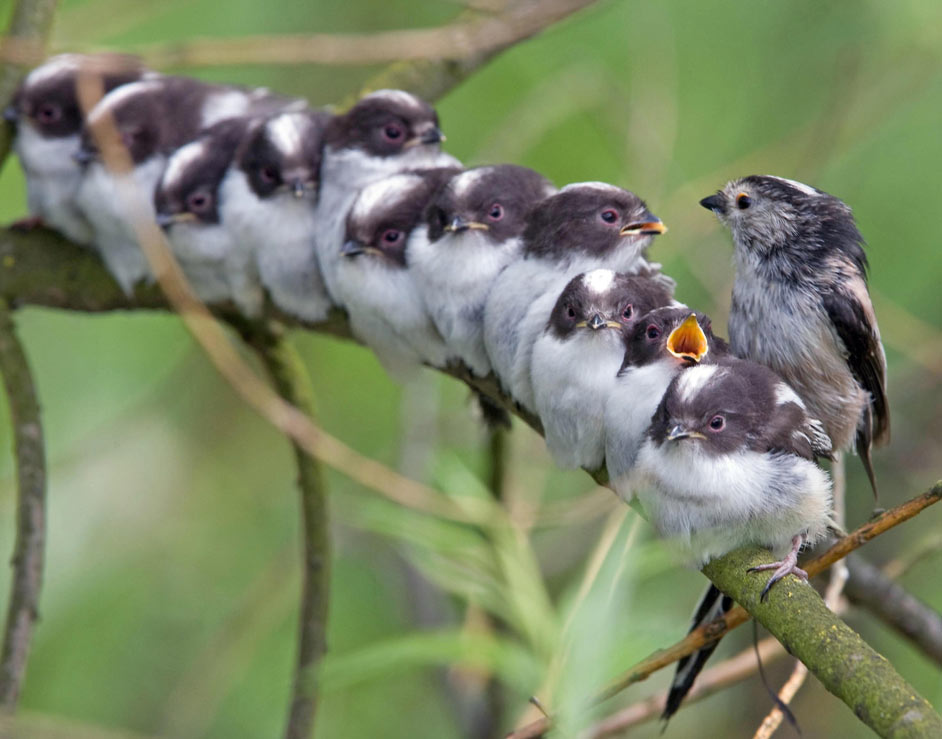 I interviewed Dad a few weeks ago to pick his brains about the local wildlife. What began as a quick chat over a cup of tea, soon turned into pages and pages of notes and a two-part blog post on the notable wildlife we have around and the challenges they face.

Looking back over my notes, I noticed I hadn’t managed to include a really interesting story Dad had told me about long-tailed tits, so I thought I’d share it today.

The long-tailed tit is sometimes described as “Britain’s most cooperative bird” and you’ll soon understand why. They can be identified by their long tail (unsurprisingly), their white, pink and black plumage and small round body. If you spot one in the garden, have a look for it’s buddies, because they won’t be far away!

That’s what makes this little bird so cool – they love hanging out!

In the Spring, they begin building their trademark bottle-shaped nest, which is built by both the male and the female. They lay 12-15 eggs, which then hatch and stay in the nest for 14-18 days. During this time, it’s not only the parents who feed the chicks, the extended family share the burden. One study showed that up to 50% of nests had what are called ‘helpers’ – young from either the previous year which haven’t made nests of their own, or siblings and cousins of the parents whose own nests have been destroyed. How nice is that? Raising the young is a team effort!

Once the young leave the nest, they don’t head out on their own like many other bird species, but stick around with the family for the duration of the winter. During the long, cold nights, they all sleep together to share body warmth.

When Spring arrives, some of the young from the previous year will head off to make their own nests, but many will help to raise the next season’s chicks and wait until next year to breed. What a selfless little animal.
The natural world can be pretty brutal sometimes, so it’s nice to hear that long-tailed tits are looking out for each other.

Have a great weekend everyone, and thanks Dad for the story.